So you are looking for a cheap computer for your kids to do their basic games and school work… There are so many options available for you to choose from. Many options look similar, but there’s an obvious difference in price, so what’s the deal?

What to look for:

There are many cheaper models available, but if you pay attention to the three major components I listed above, you will see that those cheaper models could have CPUs that are 7-8 years old already – no wonder they offer killer deals like $400 computer and monitor package. Remember that the four or five digit number at the end of the CPU description contains the generation. Some of these ‘cheap’ PCs are already so outdated they are going to be nothing but a frustration.

My top pick for a cheap home PC is below. Why? It has a 10th generation INTEL i5 processor, 12GB DDR4 RAM and a 512GB NVMe M.2 SSD drive checking off the major concerns I outlined above.  Other bonus feature that are nice to have are Wifi-6, USB 3.2 Type C, Bluetooth 5.1 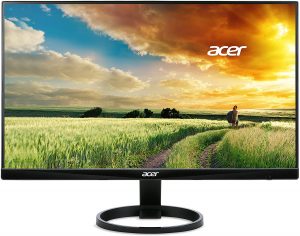 To complement it, I recommend the Acer R240HY bidx 23.8-Inch IPS monitor